The whole idea behind Yeti, the company that two brothers co-founded, was to design a cooler that could withstand their fishing tactics--primarily, one they could stand on without fear of collapse as they sight-casted for redfish. Yeti's hard coolers are made through a process called biaxial rotomolding. Kayaks and those orange plastic barriers you pass on the road are made with this process. It involves pouring a powdered polyethylene plastic resin into a mold, and then heating and spinning the mold along two axes. As the powder liquefies, it layers across the mold precisely, creating a seamless, nearly indestructible product. 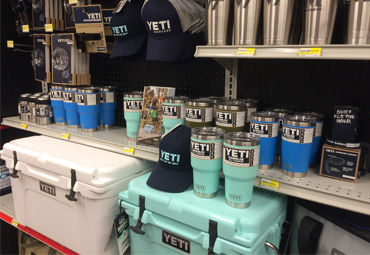 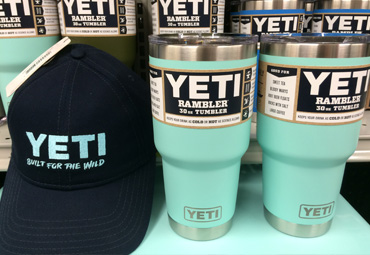 The cooler is designed so that anything that is breakable is also quickly replaceable. "So if you're at home and your dog chews that [rope handle] off, instead of sending a replacement cooler, we're letting the customer know, 'Hey, take a flathead screwdriver, pop that out, this falls out, and we'll send a new one,'" says Ryan. In Roy and Ryan's world, everyone has a dog and a truck and is handy with a flathead. If you don't own a dog and a truck and aren't handy, you can still feel smug about the over-the-top design you've chosen. The byproduct of the construction is ice retention. "We will debate every detail, and we'll both lose sleep thinking about what's best for the product," says Roy. They also debated the company name. Roy thought of it in bed, obsessing again. Of all the names they floated to friends and family, it was the one that most remembered: Yeti, the Ice Monster.